Anthem of the World

I used sound collage technique to compile a mix of all UN national anthems playing at the same time. The anthem musical genre has a long history and pretending to represent inner spirit of nation, but sometimes with military or religious shade. That’s why most of them are marches or chants.

The resulting cacophony depicting inner controversy of global unity and separation at the same time. But, we can’t predict final direction of culture development and maybe this anthem might be appropriate to sound on the Intergalactic Olympic Games during the performance of the Earth team. 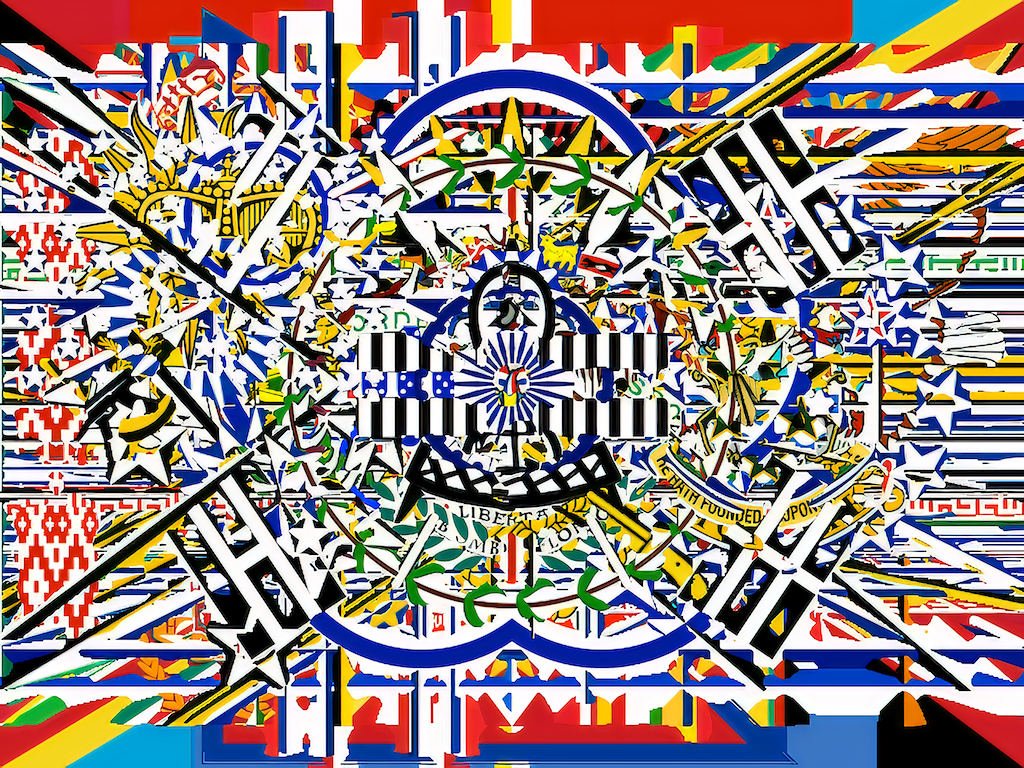